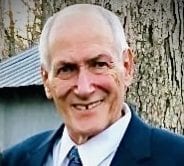 Burial will be held at a later date in Heard County Memorial Cemetery located in Georgia.

Rudy Alfred Golden, 73, beloved husband, father, and grandfather, passed away after a brief illness on Wednesday, May 19, 2021. He was lovingly known for his sayings or “Rudy-isms”. One of these became his last request made in the hours right before he passed; he chose not to be resuscitated and instead to be allowed to just “slide under the fence”.

Rudy was born at home on December 10, 1947 in Franklin, GA. He was the only child of the late William Henry and Mildred (Jones) Sanders Golden. He graduated from Heard County High School and attended technical school to learn the machinist trade. He served in the United States Air Force as a jet engine mechanic before being honorably discharged at the rank of Staff Sergeant. He then continued his career for over 40 years as a tool and die maker in the aluminum extrusion industry. Rudy was a loving and kind man who valued privacy and never sought to be the center of attention. He was faithful and hardworking and will be missed by his family and close friends.

He was preceded in death by his wife of 36 years and the mother of his children, Teresa Golden and a brother, Jimmy Sanders.

A memorial service celebrating Rudy’s life will be held on Saturday, May 29, 2021 at 1:30 p.m. at Rocky Creek Baptist Church, 1801 Woodruff Rd., Greenville, SC 29607. Burial will be held in Heard County Memorial Cemetery in Georgia at a later date.

Condolences may be left for the family by clicking on the link titled “Leave a Message, Share a Memory” below.

Burial will be held at a later date in Heard County Memorial Cemetery located in Georgia.