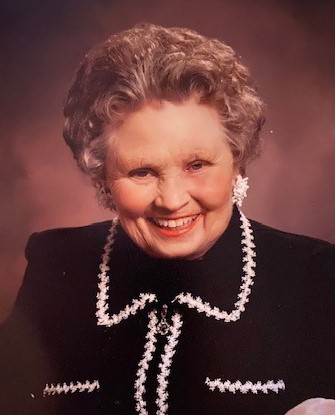 Sally MacArthur died February 8, 2021. Born in Atlanta December 4, 1934 to Stanley V. and Anne Parish MacArthur in Atlanta, GA, Sally was predeceased by her parents, as well as her beloved sister Nancy MacArthur in 2016. When Sally was four years old, the family moved to New York where she attended schools in Westchester County, and also studied piano and music theory at the Juilliard School of Music, with further studies at Columbia University in NY.

The MacArthur sisters operated a popular and successful dancing school for 39 years in New York. Nancy choreographed and taught ballet, while Sally’s music background and piano expertise qualified her as accompanist for the lessons and recitals.

Making her professional piano debut in New York at age 24, Sally received top reviews from notable critics, including the following accolades: “Impressive is Miss MacArthur’s crispness of articulation; clear, bell-like tone in the treble; and its lack of sham and untoward show….she is wealthy with attractive gifts.”

In addition to concertizing, and entertaining in country clubs, restaurants, and hotels, Sally taught piano lessons for many years. Following the sisters’ move to Greenville in 1996, Sally played the piano at Belk’s in Haywood Mall for fourteen years, and entertained guests with piano music at Embassy Suites Hotel during Sunday brunch.

Miss MacArthur began painting at a later age, specializing in portraiture. In the chapel of First Presbyterian Church in Greenville, SC, where Sally has been an active member since 1996, are portraits of the four Apostles, painted by Miss MacArthur.  She was a member of the Agape Sunday School Class. Moving in September 2017 to Foothills Presbyterian Community in Easley, SC, Sally enjoyed making many new friends and participating in Bible Study and artistic activities, as well as playing the piano for various occasions, including Vespers. Sally’s favorite Bible verse was Jeremiah 29:11 “I know the plans I have for you,” declares the Lord, “plans to prosper you and not harm you, plans to give you hope and a future.” She lived each phase of her life with the assurance that The Lord Jesus had led and sustained her, and she rested in the hope, expectation, and assurance of eternal life with Him.

Special thanks to Foothills Presbyterian Community and all of those who cared for Sally while she was there, particularly Rodney Alles, Wendy McGee, and Jacqueline Williams, as well as all other staff and residents who were involved in her care.

A memorial service at Foothills Presbyterian Community, in Easley, will be scheduled later.

Memorials may be made to First Presbyterian Church, 200 West Washington Street, Greenville, SC 29601.

Condolences may be made to the family and friends by visiting the Tribute Wall located on the obituary page.