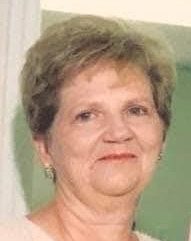 Sandra Parent Adams, 77, entered into eternal life, on April 20, 2022, at the Open Arms Hospice Center, in Simpsonville with her two sons by her side. She is now reconnected to her late husband of 51 years, William “Ray” Adams in heaven.

Sandra was born and lived her entire life in Greenville. She was the daughter of the late Donald Richard Parent and Frances “Bambi” Bull Parent and Bambi Parent. She graduated from Greenville High School and received a Degree in Nursing from Furman University. She practiced nursing in various doctors offices in Greenville but she spent the majority of her career working at her Alma Mater, Furman University in the Infirmary. She was also very active in Furman’s Peer Health Education Program where she attended conferences throughout the country with students as well as organizing local health oriented workshops on campus and in the Greenville area. Sandra was a member of Prince of Peace Catholic Church.

Sandra, known better as “Mimi”, had a love and passion for all of the children in her family. She enjoyed countless trips to the family’s beach house, watching her grandchildren at sporting events, and playing with them at the parks and at her home.

In addition to her parents, she was preceded in death by a brother, Jimmy Parent.