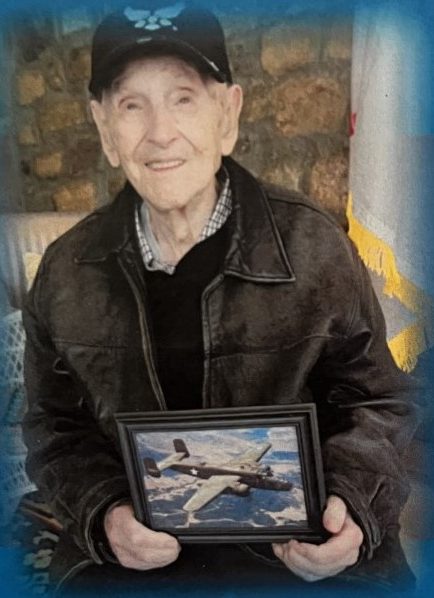 Born in Bronx, NY, he was the son of the late Joseph and Pauline Haberman Sedran.

Stan spent his formative years in New York. During this time, he met his lifelong friends, Irwin Ravinett, Lee Tannen, Aaron Streicher, and Leo Steinberg. He even attended middle school with May, his future wife, although their romance did not start until serval years later. New York provided Stan with endless opportunities, including working his first job at an orange crush stand in the 1939 World’s Fair.

In 1941, Stan was with his best friend, Lee Tannen, at an ice cream parlor when he was finally introduced to May. Their romance blossomed and they dated until Stan entered the Air Force. The distance did not deter them, and they wrote each other letters until Stan returned home from his service.

Stan entered the Army Air Force on June 5th, 1942 and became a bombardier. He completed basic training in Meridian, MS before moving to Columbia, SC. During his time in Columbia, Stan helped form the 321st bomb group. This group consisted of B-25 airplanes otherwise known as Mitchell Bombers. His character, intelligence, and leadership skills caused him to rise quickly through the ranks. He was promoted from Private directly to Sergeant. In 1944, unbeknownst to him, a Captain Intelligence Officer recommended Stan for pilot training due to his invaluable skillset. While honored, Stan turned down the offer.

His time in the service took him across the world, including; North Africa, Sicily, Naples, Rome, PO Valley, and Southern France. His last year in the service took him to the Island of Corsica to aid in the invasion of Southern France. After Corsica he was sent alone to Bari, Italy to supervise huge shipments of military equipment to the Pacific for aid in the war against the Japanese. Finally, in 1945, Stan returned home to New York.

In March of 1953, Stan and May started a new chapter of their lives moving to Greenville SC. Stan managed a Vogue Furs. After a disagreement with the owner of the Fur store, Stan decided to resign and start his own Fur shop, Sedran Furs. With the help of his family and friends, Stan was able to raise enough money to buy an old dress store and renovated it into a beautiful new fur store.

After three years of success, Stan moved his business to the corner of Main and College Street where it became a local landmark for 40 years. The store was eventually moved to the Hyatt, where it operated for 20 years and then finally to a shop in Greer where Stan worked until his retirement.

Not only was Stan a hardworking business man, he also enjoyed giving back to his community. He was a member of two nonprofit groups, Kiwanis and Sertoma, for over 50 years. He held every office in Sertoma, including that of President. He received awards for perfect attendance for 12 years in a row. Mayor Max Heller, a close friend of Stan, presented him with an Appreciation of Service award from the city of Greenville for his work as a member of the Community Development Task Force. Stan’s impact on Greenville was instrumental in creating the city we have today.

Stan was passionate about sports and took great pride in coaching a local baseball team. Under his leadership, they became a winning team. He also enjoyed a game of golf every Sunday.
Stan and May also loved to travel, even going so far as to dub Nice, France, their second home. They created close friendships with the manager of a hotel in Nice and continued to keep in touch even after retirement.

Stan’s memory shines brightly in the hearts of his loved ones. They will always remember his light hearted jokes, adventurous spirit, and kind heart. When asked how he wanted to be remembered, Stan simply replied, “As a decent human being who lived by the Golden Rule.”

He was preceded in death by his loving wife, May; and daughter, Andrea Blades.