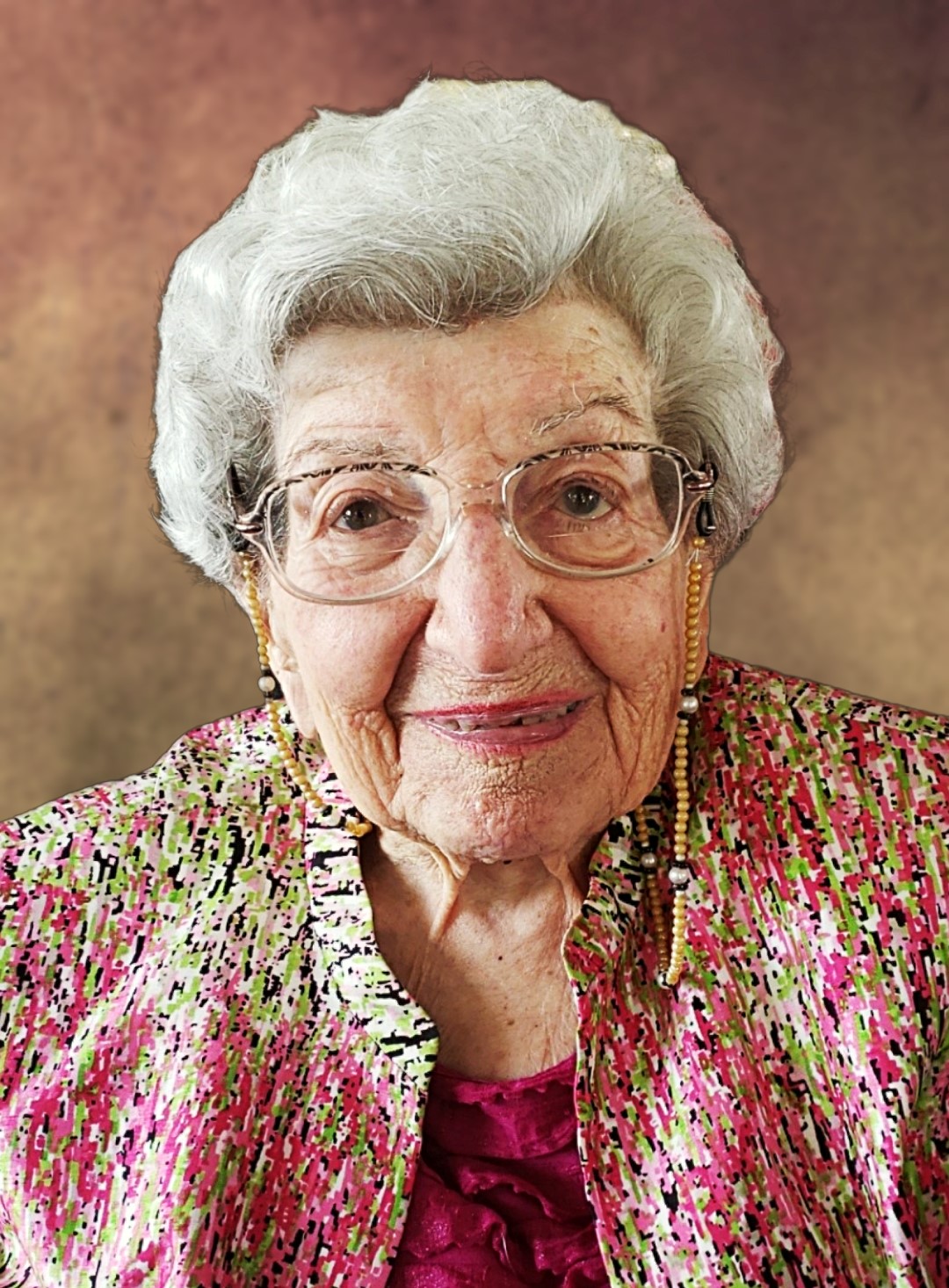 Stella Theodore Manios (Stella), the proud recipient of The State of South Carolina Order of the Silver Crescent awarded by the Governor at the early age of 100, went to sleep at heaven’s gate on July 6, 2022 – at the age of 105. Stella was the wife of the late George Manios. Stella loved The Lord, her family and her well known ” home away from home ” – St. George Greek Orthodox Cathedral (St. George).

Born in Greenville, SC, the oldest of 5 siblings, Stella was the daughter of the late A.J. and Stavroula Demeros Theodore. Stella attended Greenville Senior High School and was very active in caring for and helping raise her youngest brother, Nick A. Theodore. She was a lifelong member of St. George Greek Orthodox Cathedral, where she enjoyed teaching Sunday School and singing in the choir. Stella was a leader in community fundraising initiatives and those that were sponsored by the church, most significantly the annual Greek festival where for decades “Stella’s Attic” was a well-attended booth. Stella enjoyed visiting the church shut ins and the children and young adults at the Washington Center and Shriners Children’s Hospital in Greenville. She also served as co-chairman of the Greek Night Event for 25 years.

She was an active member within the community through her involvement with the Philoptochos Society, past president and member of the Daughters of Penelope, resident member of the Atwood Heritage Club, and one of the charter members of the GAS Gamma Alpha Sigma Sorority.

During her long and productive life, Stella achieved numerous milestones and accomplishments, but one of her proudest moments was being awarded the Archangel Michael Award by the Greek Orthodox Archdioceses in 2001. Rarely was Stella and her late sister Lula not seen at every service on the second row of St. George.

May her memory be eternal.

In lieu of flowers, memorials may be made to St. George Greek Orthodox Cathedral, 406 N. Academy St., Greenville, SC 29601.

Condolences and your favorite memory may be shared with the family by clicking the “Leave a message, share a memory” button below.