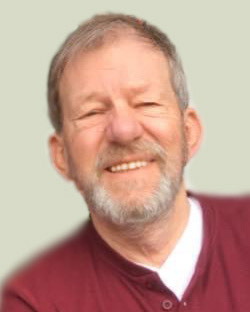 Timothy Jay Nelson, 72, died on November 1, 2020 with his loving wife and three sons at his bedside.

Tim the Toolman, as he was known to his family and close friends, was born in Council Bluffs, Iowa on February 28, 1948. Son of the late Glenn and Florence Warner Nelson, he grew up in Iowa before being stationed at the Myrtle Beach Air Force Base. There he met his wife, Debbie, to whom he was happily married for 49 years. Tim was a graduate of Clemson University and worked many years in the construction industry.

T.J. was a devoted husband and dedicated father to his sons, Bryce, Ryan, and Derek. He never missed a game or concert his boys were involved in. T.J. was an avid golfer and enjoyed playing rounds with his sons. He loved tinkering around the house and taking over any project he could.

Tim is survived by his wife, Debbie Nelson; a brother, Jerry Nelson and his wife Carole; a sister, Merry-Beth O'Neill; three adored sons, Bryce and Kathy Nelson, Ryan and Kristi Nelson, Derek and Joy Nelson; and Pop-Pop’s Magnificent 7. He also leaves behind many nieces and nephews. In addition to his parents, he was predeceased by his brother, Roger Nelson, and sister, Glennola Neve.

The family would like to thank Right at Home caregivers for their outstanding help to Tim and Debbie in the last five years.

A public graveside service with social distancing will be held at Graceland Cemetery West, White Horse Rd., at 2:00 p.m. on Monday, November 9, 2020.  Due to the pandemic, guests attending the service are kindly asked to observe social distancing and wear a face covering or mask. Arrangements have been entrusted to Thomas McAfee Funeral Homes, Downtown Chapel.

In lieu of flowers, memorials may be made to the Alzheimer's Association, 123 W Antrim Dr, Greenville, SC 29607.

Friends are encouraged to leave condolence messages for the family on the "Tribute Wall".