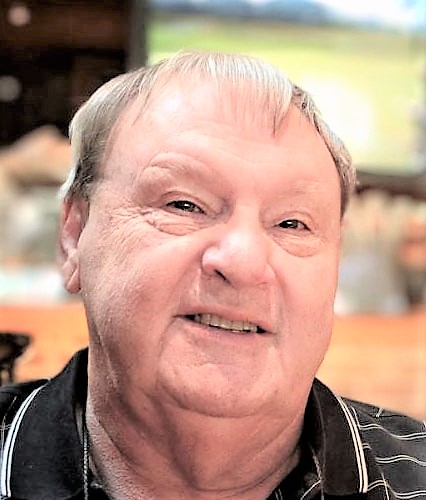 Born in Varnville, South Carolina in 1949, he was a son of the late Thomas Lewis and Peggy Harter Owens. Tommy attended Hampton County Schools and graduated from Wade Hampton High School in 1968.

Tommy was a machinist at Precision Research and Development and made many lifelong friends while there. After retiring from the machine shop, he embarked on a new adventure becoming a bus driver for Greenville County Schools. Taking care of his students, whether elementary or high school, was his highest priority, and he loved them as if they were his own.

A member of Mauldin First Baptist Church, he was in the Generations Class, and these men quickly became his brothers in Christ. He and the other members often worked with the boys at Generation Group, having parties and cook-outs, playing games, and giving prizes. Tommy collected jerseys, caps, and blankets to distribute to the boys there. He also built and donated computers to Generation Group.

One of Tommy’s favorite hobbies was woodworking in his shop behind his garage. Whenever he needed to lift his spirits, he would retire to his garage, turn on some beach music, and build something. A handyman extraordinaire, Tommy could fix anything and often helped friends and family whose projects had proved too much for them.

Those who knew Tommy will remember his friendly smile, kind heart, and generous spirit. They will recall seeing him enjoying beach music concerts Friday nights during the summer. Above all, however, the most important aspect of his life was his commitment to family. As a husband, father, grandfather, and brother, his unconditional love never faltered.

Along with his wife of fifty years, he is survived by his son, Thomas Neal Owens (Hannah); his daughter, Amanda Owens Duffie (Jeff); his precious granddaughter, Sutton Elizabeth Owens; and his brother, Tony Dale Owens (Linda).

A visitation will be held on Friday, November 19, 2021 from 12:00 p.m. until 1:15 p.m. at Thomas McAfee Funeral Homes, Southeast followed by the funeral service at 1:30 p.m. in the Chapel. Entombment will follow in Graceland East Memorial Park Mausoleum.

In lieu of flowers, the family requests that memorials be made to Generations Group, PO Box 80009, Simpsonville, SC 29680.

To leave a condolence, you can first sign into Facebook or fill out the below form with your name and email. [fbl_login_button redirect="https://thomasmcafee.com/obituary/tommy-owens-jr/?modal=light-candle" hide_if_logged="" size="medium" type="login_with" show_face="true"]
×