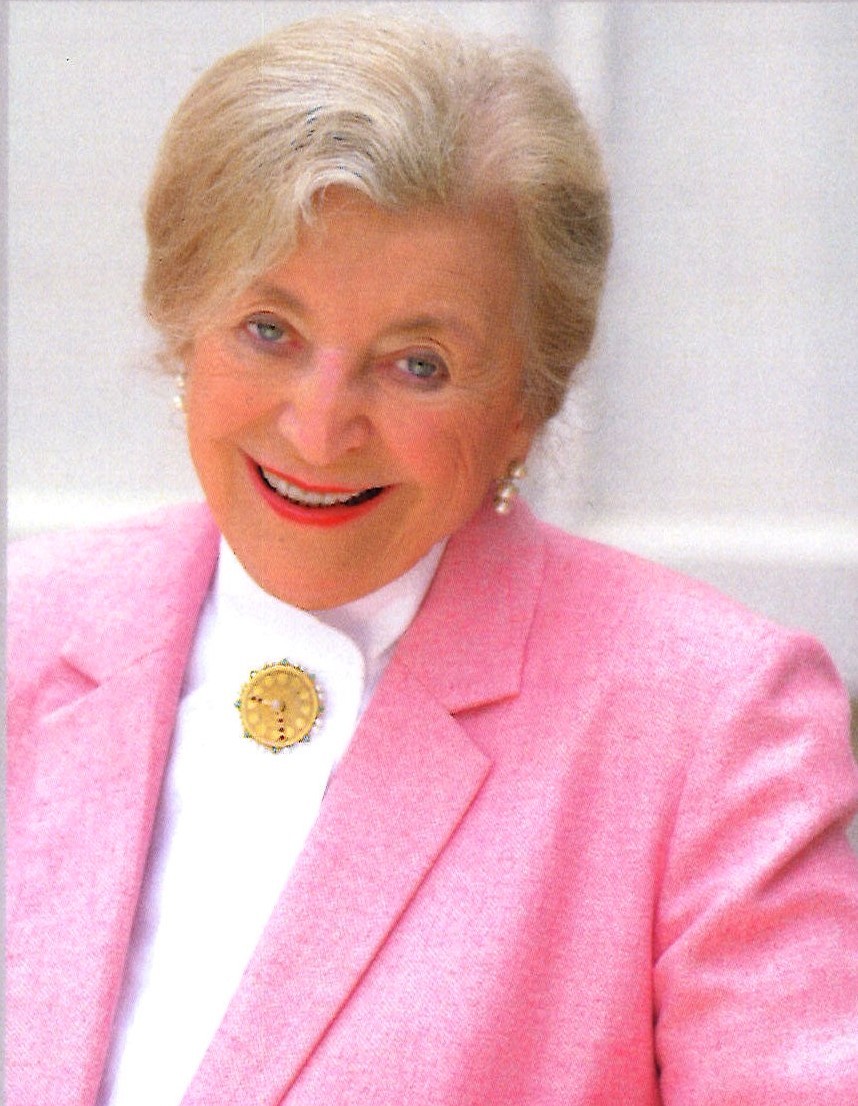 Donations can be to:

Trude Schonthal Heller, 98, resident of Woodlands at Furman, widow of the former Mayor of Greenville, SC, Max Heller, passed away peacefully on Tuesday, May 11, 2021 surrounded by her loving family.

Born on June 19, 1922 in Vienna, Austria, she was the daughter of the late Simon and Rose Schonthal. Trude was forced as a teenager to flee Austria because of Nazi oppression. After a harrowing escape and what she referred to as “many miracles,” she came to the United States in 1940 and 2 years later married her beloved Max whom she had known in Vienna. They were married for 69 loving years.

Trude was an only child, and between her and Max lost more than 90 relatives in the Holocaust. Trude’s greatest pride was her big family, and she would often say this was her answer to Hitler.

Trude was committed to sharing her story. Over the years she spoke to thousands, conveying messages of hope, kindness, and respect. When asked by a young boy what he should say to people who said the Holocaust did not happen, she replied, “Tell them you met me.”

Trude was a proud Greenville citizen and participated in many community organizations. As a civic leader, she served on the boards of many agencies, including the Greenville Symphony Guild, Metropolitan Arts Council, and Greenville Hospital Guild. She was instrumental in the development of the International Baccalaureate Program for the School District of Greenville County. For her service to South Carolina, she was honored with the ‘Order of the Palmetto.’ She was an honorary member of Omicron Delta Kappa.

Trude and Max had a deep and committed relationship with Furman University where she was conferred with an honorary degree of Doctor of Humanities. She and Max established scholarships and provided support for Furman’s Heller Service Corps, which was named for them. Trude’s dedication to the Jewish community was recognized with the ‘Woman of Achievement’ award by Congregation Beth Israel and she also received the ‘Light of Torah’ award.

She loved to say, “When you call into an echo, so the echo calls back. If you call with kindness and love, kindness and love will come back to you.” Trude will be forever cherished in the many lives of those she touched.

Since she touched so many lives in so many ways, to minimize the risk of COVID, the funeral will be for family members only. When circumstances allow, a memorial service and celebration of Trude’s life will be announced.

If you wish to contact family members, the email is [email protected]

Donations can be to: