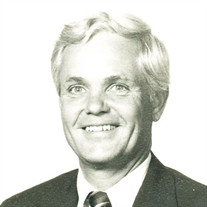 July 28, 1933 - February 11, 2017
Print
Email
William Mendenhall Webster III, resident of Greenville, SC, died on Saturday, February 11, 2017 at his home.
The service will be held at the graveside in Christ Episcopal Churchyard on Tuesday, February 14, 2017 at 2:00 p.m. A reception will be held immediately following in the McKissick and McCall parlors.
Mr. Webster, son of the late William M. Webster, Jr. and Caroline Birnie Lewis, was born in Greenville, SC, attended Greenville schools and graduated from Sewanee Military Academy. He was a Phi Beta Kappa graduate of Georgia Institute of Technology and was a member of the Sigma Alpha Epsilon social fraternity. After serving in the US Naval Reserve, he returned to Greenville for the balance of his life.
He was the founder of Webster Service Stations which was later sold to Marathon Oil Company. Mr. Webster was a member of the board of directors and later President of the Litchfield Company of South Carolina. He was the founder and President of Carabo Capital, LLC, which owned and developed Bojangles restaurants throughout the state of South Carolina.
Mr. Webster was a founding member of the board of directors of Carolina First Bank and was later on the board of directors of The National Bank of South Carolina. He served as Chairman of the SC Wildlife Commission under Governor Richard W. Riley and received the SC Order of the Palmetto Award for his distinguished service. He was the past president of the Cotillion Club and the Poinsett Club and was also a member of the Poinsett Investment Club.
He is survived by his wife, Langhorne Tuller Webster; two children, Caroline Webster Cotter and her husband, Leslie Arlen Cotter, Jr. of Columbia, SC and William Mendenhall Webster IV of Spartanburg, SC; grandchildren, Caroline Cotter, Beth Cotter Thompson, Les Cotter III, Will Webster V, Lily Webster, Vinnie Webster and Liza Webster; and devoted four-legged companion, Fussy II, who was by his side at all times. He was predeceased by a sister, Caroline Webster Clark.
Mr. Webster was an avid outdoorsman and an adventurous sportsman who hunted and fished throughout the United States and abroad.
In lieu of flowers, the family requests that contributions be made to the Nature Conservancy of SC, 1417 Stuart Engals Blvd., Suite 100, Mt. Pleasant, SC 29464.
Condolences may be sent to the family at www.thomasmcafee.com.
Thomas McAfee Funeral Home, Downtown. 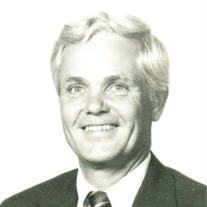