William Preston Vaughn, Sr., 88, husband of the late Martha Gosnell Vaughn, died Thursday, May 7, 2020. Born in Greenville, SC, he was the son of the late Benjamin and Tellie Davis Vaughn. He resided with his immediate family at 104 Abners Run Dr. in Greer, SC.

"Papa" Vaughn was a member of Providence Baptist Church. He served as minister of music at Providence Baptist Church, as well as North Fork Baptist Church, serving Rev. Pastor Paul Wilson. He also led music at Hilltop Avenue Baptist Church for over 25 years. In addition to leading music at church, he led his family in singing at Gospel singings and churches across America since 1974. He enjoyed gospel music, spending time with his family and playing golf with Rev. Pastor Fred Brown, grandchildren Jamie and Steve, and best friend Melvin Reains. He was also a proud Shriner and master mason and member of the Sam Poe Lodge No. 284 AFM.

Graveside service and burial will be held on Tuesday, May 12, 2020 at 1:00 p.m. in Graceland Cemetery West and will be open to all, with observance of the six-foot social distancing recommendation. A drop-in visitation will be held from 2:00 p.m. until 8:00 p.m. at the family home in Greer following the graveside service. Visitation of the body will be Monday from 12:00 p.m. until 4:00 p.m. at Thomas McAfee Funeral Homes – Downtown, Greenville. Flowers may be sent to the family home at 104 Abners Run Drive of Greer, SC 29651.

Friends are encouraged to send "Hugs from Home" and leave condolence messages for the family on the "Tribute Wall" tab above. 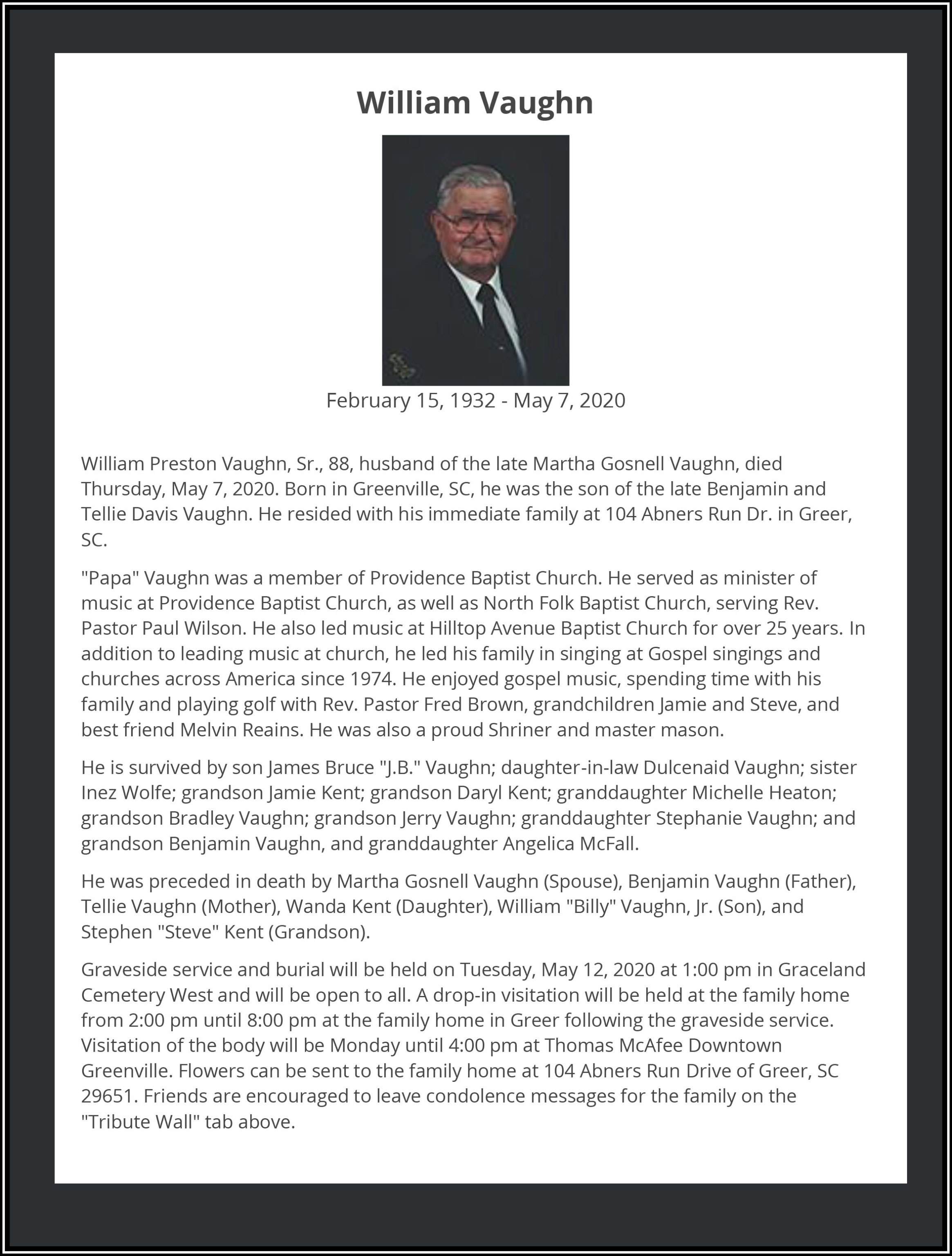