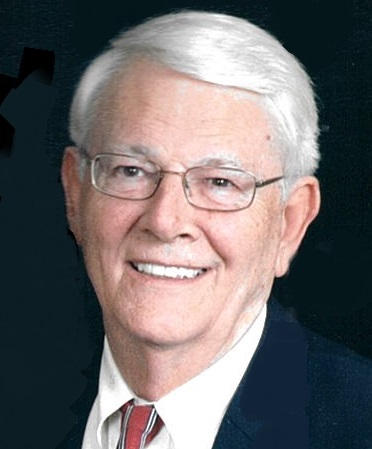 William Rosson “Ross” McKibbon, Jr. passed away just after 12:00 p.m., Friday, July 16, 2021, from complex respiratory/cardiac complications, peacefully and in comfort, with his wife and children at his hospital bedside. He had just recently turned 77 years old.

He was raised in what is still one of the smallest towns in middle Tennessee, Cornersville. In high school, after a short stint in Nashville, his father took a job as director of Human Resources for Stone Manufacturing, and Ross moved to Greenville for his last two years of high school, a member of the first graduating class from Wade Hampton High. He went on to study at the University of South Carolina for his undergraduate and law school degrees, as well as intervening service in the United States Army.

Ross and his wife Susan made their life together for the next 52 years. Ross practiced labor law with the same firm (the Haynsworth labor firm which decades later merged with the Ogletree firm) from 1973 until he retired. One of the top practitioners in his field, he was recognized by the Labor Relations Institute as one of the top 100 attorneys in America. He loved his career and all of his colleagues dearly.

He loved dogs since he was a child; they were kindred spirits, any size or breed. His heart could never refuse a dog in need, and he never lived a day without at least one faithfully at his feet. His last dog, Lucy, passed in his lap only a month before Ross’s passing.

Ross was also passionate about cars. As a teen, he could be found under a hood on any given weekend. As an adult, he grew frustrated that computer-based cars took away all his fun; still, Ross could quote every spec and review on any make or model through 2021, and many a family member and friend relied upon his advice and even approval in their car buying.
Above all, Ross was a faithful Catholic, husband, and father. He worked tirelessly as a provider, quietly sacrificed with no expectation for recognition, and humbly carried on with God and his family as his guiding principles and purposes.

Ross is survived by his wife, Susan; his son, Will; his daughters, Betsy Craft and Laura Milk; his sons-in-law, Phil Craft and Dani Milk; and his five grandchildren, Anderson McKibbon, Peter and William Craft, and Porter and Curran Milk.

In addition to his parents, he was preceded in death by his sister, Lynn Gray.

He was loved by many, respected by all, and leaves an indelible legacy of principled living. He will be dearly missed.

Any remembrances/donations are requested to be made to either the Humane Society, www.greenvillehumane.com/donate or St. Mary’s Catholic School, www.smsgvl.org/support.