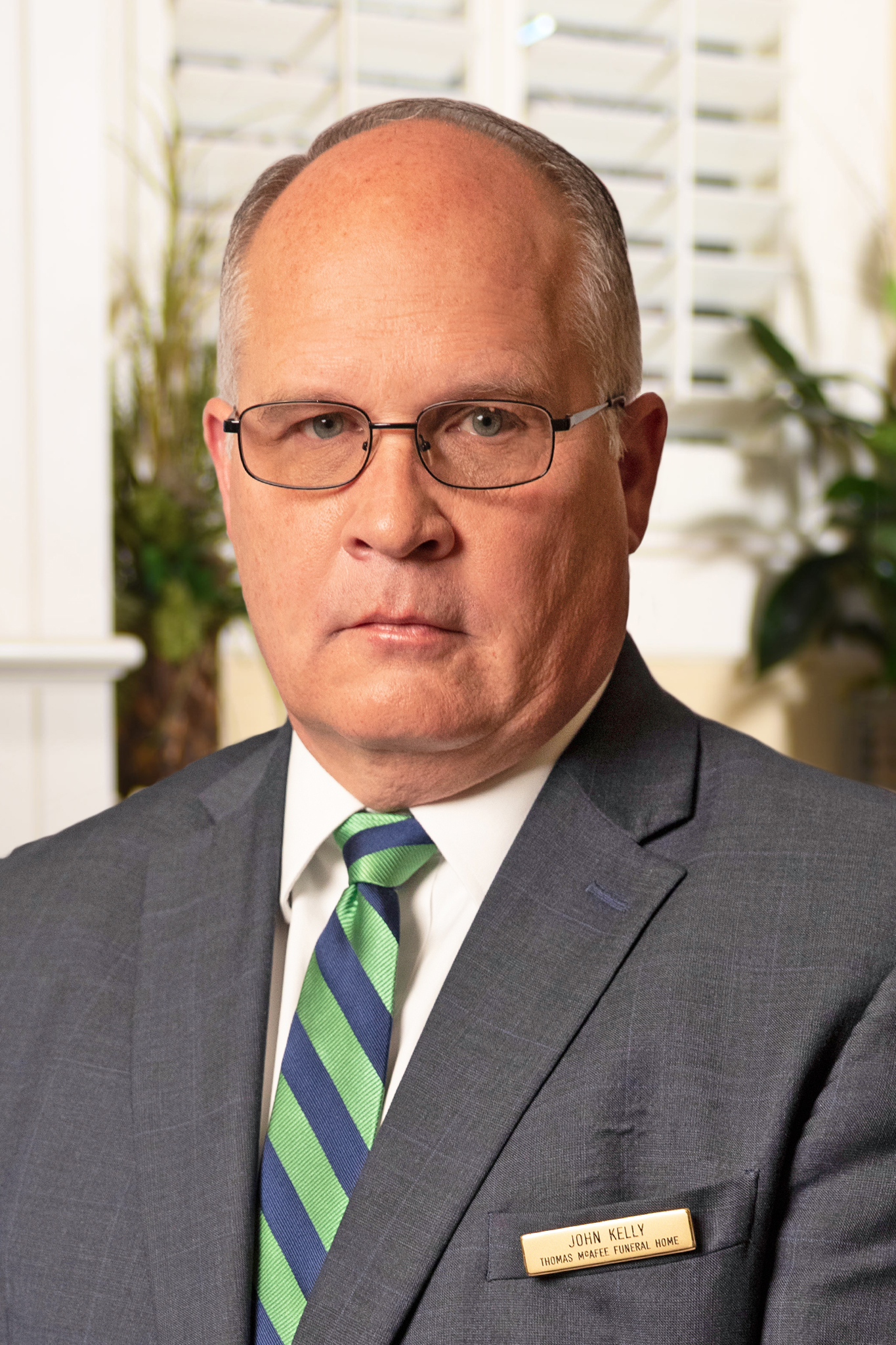 John has been with Thomas McAfee Funeral Homes since 2007 and is originally from Syracuse, NY. From 1986 to 1998, he served in the United States Navy as a Hospital Corpsman/Operating Room Tech. He later received his associate degree in mortuary science. He is married to Michelle and has two sons, Cody, and Ryan – who is also a funeral director – and four daughters, Joanna, Shelby, Cindel, and Lily. John also has five grandchildren, Bella, Conner, Walter, Ward, and Nolan. John is a big Clemson fan and enjoys watching football in general. He also loves to camp, ride his motorcycle, and spend time with family.