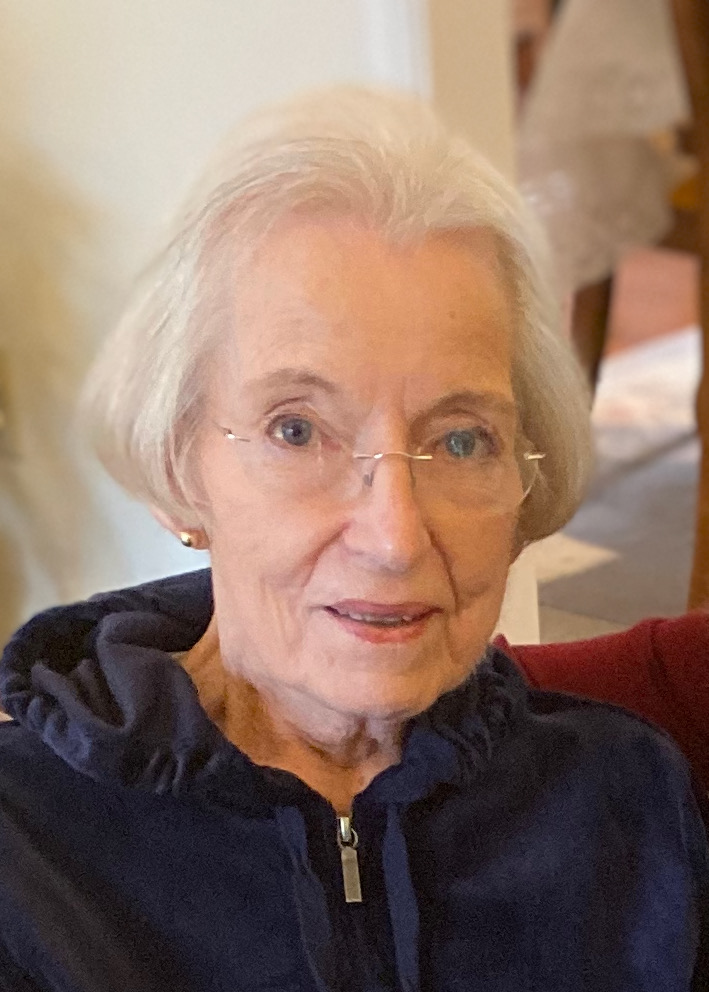 Born in Hendersonville, NC, she was the daughter of the late Adam James Burrell and Robbie Mae England Burrell.

In addition to her parents, she was preceded in death by her three sisters, Connie Abrams, Wilma Fowler, and Syble Hill.

Christine was a woman of grace and perseverance who lived a long, full life. She lost her mother, Robbie to breast cancer at age 9 and soon after entered into foster care, arranged by her oldest sibling, Connie as her father was unable to care for Christine and her four siblings. Christine eventually found a home with Iris Wilson in Inman, SC, where she thrived and as Valedictorian at New Prospect High School, earned her way to an academic scholarship at the College of Charleston. At the College of Charleston, Christine earned a bachelor’s degree in chemistry and met Jerry then attending The Citadel. They married in 1957.

She worked as a teacher before beginning her family. After devoting herself to raising Greg and Sandy, Christine returned to school, earning a Master’s in Business Administration from Temple University in 1981. In 1988, Jerry and Christine moved into their waterfront dream home, Honah Lee in Worton, MD. Once there, she was able to truly develop her lifelong passion for art. Her paintings in watercolors, oils, acrylics, and pastels brighten the homes of many of her friends and family. Special treasures include pastel portraits of each grandchild.

Christine was an elder at the Presbyterian Church of Chestertown, Maryland, where she served in a variety of volunteer positions.

In lieu of flowers, memorials may be given to BStreet Woman at Buncombe Street United Methodist Church. Memorial gifts will be used to enable caregiving and discipleship ministries.