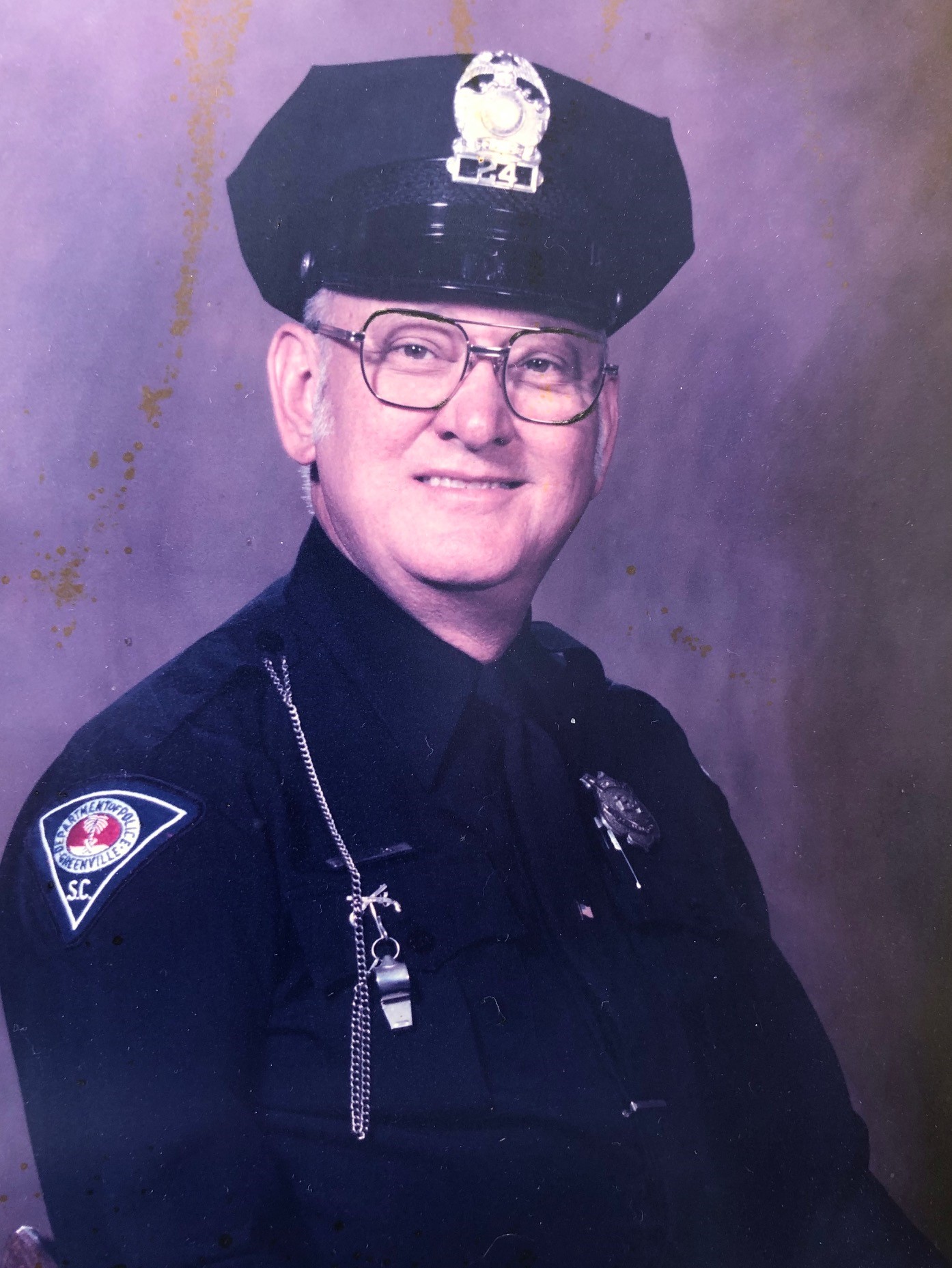 Ed was an MP in the U.S. Army, Korean War and a 26-year veteran of the Greenville City Police Department. He was a resident of Oakleaf Village of Greenville for Senior Living (now Kempton).

Ed Black was born in Smoaks, SC to the late Henry Grady Black and Eula Smoak Black in August 1930—a child of the Great Depression. He was the 5th of six children and attended school at Smoaks School. When he was 17 years old, he moved to Greenville to work, following his brother, Floyd, who was already living here. He met Doris Scott and they were married in 1950. The Korean war was afoot, and Uncle Sam called. Ed joined the army and was stationed in Alaska as an MP (military police). He left for duty in 1951, a few months before his first daughter, Margie, was born. Margie would be almost 18 months old before he would lay eyes on his baby girl. In 1960, 2 months after the birth of his second daughter, Debbie, Ed joined the City of Greenville Police department. There he became known by many of his brothers in blue as “Ernie” or “Double-E”. He retired from the city in 1986, 26 years to the day from when he started.

Ed was a long-time member of the Greenville Shrine Club. He was a life member of the Sam Poe Lodge 284 of the Ancient Free Masons of South Carolina, a member of the Fraternal Order of Police and the International Police Association. Ed attended The Way Christian Fellowship in Taylors, SC though he had not joined the congregation in recent years due to health issues. Ed spent his whole life working tirelessly to build a nest egg to ensure that his family was always taken care of. He was known for his big appetite and love of a good meal around the table with family and friends. He was always happiest while delighting the crowd with old stories of his childhood and career in law enforcement. He knew how to weave a mesmerizing yarn!

In addition to his parents Ed was preceded in death by all five of his siblings.