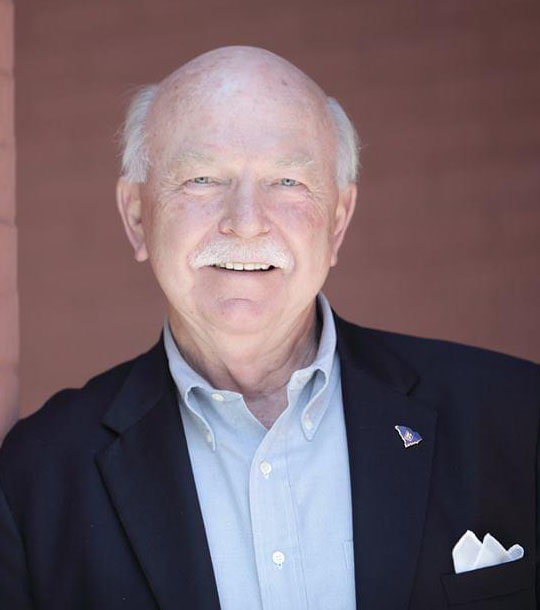 Gordon David Seay, Sr., 83, died peacefully at his home on Wednesday, July 13, 2022 after an extended illness. Born in Spartanburg, S.C., he was the husband of Diane Hallman Seay and the son of the late William Rufus and Ruby Cleveland Seay.

Gordon attended Paris High School, Furman University, and New York University School of Retail. His career began with Lees-Wright Clothiers and later his own speciality shops – Gordon’s at North Hills and Gordon’s on Main. In 1993 Gordon had the opportunity to join Seabrook Marchant at Marchant Real Estate. This was the beginning of a 25 year career that led to his role as Executive Vice President until the time of his retirement. He became involved with the Greenville Board of REALTORS as well as South Carolina REALTORS. Gordon served as both local and state president and was honored as 2016 SC REALTOR of the Year before going on to serve as NAR Region 4 Vice President and a National Director. He was a selfless, hardworking man of integrity who was an advocate not only for local REALTORS, but for the entire real estate industry.

Gordon was a man with numerous interests and strong community involvement. His positive outlook and enthusiasm for all things Greenville led him to serve on the Chamber of Commerce and various downtown development committees. He was a longtime member and Past President of the Executive Sertoma Club of Greenville and a lifetime member of the Caine Halter YMCA. He also was a loyal supporter of Furman University, serving as a past President of the Paladin Club and former Alumni Board member. If there was a Furman game, you knew where to find Gordon!

One constant in Gordon’s life was his love of the outdoors. His passion for running led him to his longtime involvement in the Greenville Track Club and participation in over 26 marathons. He served as a coach for Team in Training for both Leukemia & Lymphoma Society and Juvenile Diabetes Research Foundation. Some of his most cherished moments were spent running, hiking, hunting, camping, and fishing with his children and grandchildren.

Gordon’s gifts were many and freely shared with all who were blessed to know him. He was a tremendous role model to his two sons, daughter, 5 grandchildren, and his many nieces and nephews. “Gording” – Diane’s loving husband for 57 years, Pop – proud father of Gordon David Seay Jr. and Britton Michael Seay (Cathleen Wilson), Elizabeth Seay Russell (Kyle), and doting Papa of five grandchildren; Millie Hallman and Britton Michael Seay, Gordon David Seay, III, William Thomas and Mary Elizabeth Russell. He was predeceased by his sister, Juanita Seay Tankersley.

The family would like to thank Willette Hayes for her invaluable care, companionship, and compassion.

A memorial service will be held on Thursday, July 21, 2022 at 2:00 p.m. in the chapel at Thomas McAfee Funeral Home, Downtown. Family and friends are invited to gather at the Poinsett Club following the service to celebrate Gordon’s life.