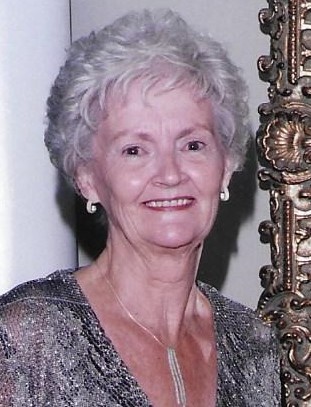 Jean Felton Monahan, 87, born August 29, 1932 in Detroit, MI, died May 18, 2020, after a brief illness.
Mrs. Monahan is a daughter of the late Robert and Eleanor Felton. Jean was an accomplished seamstress and avid knitter, and a member of a group who knitted caps and prayer shawls for cancer patients. She was a Daughter of the American Revolution, former regent of the DAR in Louisiana, and a member of the Peabody Historical Society in Peabody, MA. Jean also enjoyed playing bridge.

Mrs. Monahan was predeceased by her husband, of 66 years, Robert “Bob” Monahan and one son, Kevin Patrick Monahan.

A memorial service will be held at a later date.

The family wishes to express thanks to the Pruitt Health Hospice.

In lieu of flowers, memorials may be made to the Hospice of your choice.