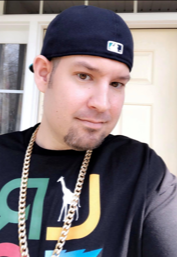 Born in Ridgewood, NJ, he was the son of Dan and Carol Bechard Doot.

In addition to his parents, he is also survived by his brothers, Chris (Allison) and Daniel; and niece, Josephine. Jeff will also be remembered by his many aunts, uncles, cousins, friends, and loving girlfriend, Gina.

After moving to South Carolina, Jeff attended and graduated from Mauldin High School in 2003. After high school, he attended the Art Institute of Atlanta where he received his Associate of Arts Degree in Video Production, and a Bachelors Degree in Broadcast Journalism from the University of South Carolina. Go Cocks!

Jeff was passionate about many things in his life, cars, music, video games, wrestling, jewelry, and memorabilia are just a few; but his greatest passion from a young age was sports. From playing and watching, to later visiting as many stadiums and arenas as he could, sports have always been a huge focal point in Jeff’s life. In more recent years while traveling for work with his father, they enjoyed stopping at different venues to watch baseball, football, hockey, basketball or whatever team was in town that particular week.

Memorials may be made to FAVOR Greenville or to the Greenville Humane Society.

To leave a condolence, you can first sign into Facebook or fill out the below form with your name and email. [fbl_login_button redirect="https://thomasmcafee.com/obituary/jeffrey-david-doot/?modal=light-candle" hide_if_logged="" size="medium" type="login_with" show_face="true"]
×