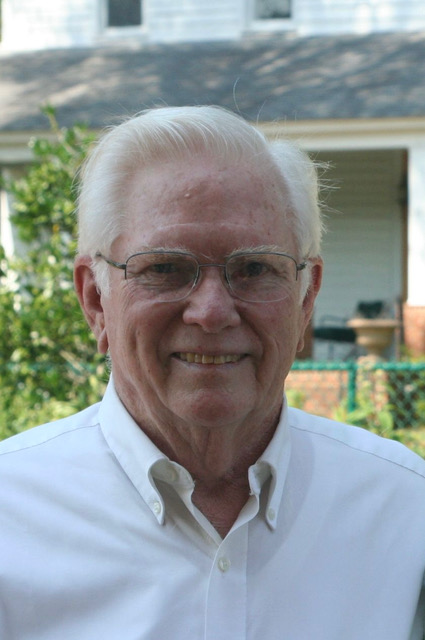 Born in Winchester, VA, he was the son of the late Paul William Smith and Lillian Lee Morgan Smith.

Jerry spent most of his early years in South Carolina, graduating from Conway High School and going on to attend The Citadel, where he earned a bachelor’s degree in 1956. While at the Citadel, he met Christine Burwell. They married in 1957.

In 1988, after retirement, Jerry and Christine moved into their waterfront dream home, Honah Lee, in Worton, Maryland. While there, Jerry enjoyed boating as well as volunteering for various community organizations. Jerry was an elder at the Presbyterian Church of Chestertown, Maryland, where he focused on Christian Education geared toward the church’s younger members. Jerry was also instrumental in the growth of HomePorts, a nonprofit membership organization which helps older adults continue living safely and comfortably in their own homes.

Jerry’s greatest love was his family, especially his wife. When Christine developed serious health problems, Jerry committed more than twenty years to being her most passionate advocate and devoted caregiver. He died just seven weeks after Christine.

In lieu of flowers, memorial gifts may be made to HomePorts (P.O. Box 114, Chestertown, MD. 21620). When sending a gift, please note that it is in memory of Jerry Smith.

To leave a condolence, you can first sign into Facebook or fill out the below form with your name and email. [fbl_login_button redirect="https://thomasmcafee.com/obituary/jerry-morgan-smith-2/?modal=light-candle" hide_if_logged="" size="medium" type="login_with" show_face="true"]
×