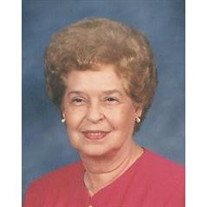 Matilda Neal
July 19, 1927 - October 10, 2006
Print
Email
Matilda ?Tillie? Summey Neal, 79, of 4714 Old Spartanburg Road died on Monday, October 10th after a brief illness. Born in Greenville, she was the daughter of the late Terrell Baxter and Annie Henry Summey. She was predeceased by her husband of 60 years, Carlos A. ?Hawk? Neal. She is survived by two sons and a daughter; Bobby Pam Neal of Taylors, Brian Sandy Neal of Greenville and Beth N. Ferrell Todd of Simpsonville. She had ten grandchildren; Justin Alena Neal, Collin Janie Neal, Jeremy and Derek Davis, Brett and Brooks Neal, Steven Ray, and Graham, Hayden and Summey Ferrell. She had one great-grandchild, Dylan Neal. She is survived by her dear sisters, Jean S. Cordell Jimmy and Ruth S. Dacus. She was predeceased by a brother, Harold Baxter Summey and a sister, Martha S. Landreth. She is survived by many special nieces, nephews and in-laws. Mrs. Neal was a 1944 graduate of Paris High School. She later graduated from Draughns Business College. She married Carlos ?Hawk? Neal on August 2, 1946. For many years, Mrs. Neal spent her time raising her children and taking care of her home. Later, she worked for Koger Properties, where she retired in 1994. Mrs. Neal was a member of East Park Baptist Church where she sang in the choir and served in many other capacities. She loved her church and her many friends there. She was the best wife, mother, grandmother and friend a person could have. She always sought the best in everyone. Always cheering for the underdog, she will leave us with a hole in our hearts for as long as we shall live. She was truly a gift to us all. Please make memorials to East Park Baptist Church, 12 Ebaugh Avenue, Greenville, SC 29607. Services will be at 1:30 p.m. on Thursday at the Thomas McAfee Funeral Home, Downtown Chapel with visitation from 11:30 a.m.-1:15 p.m. 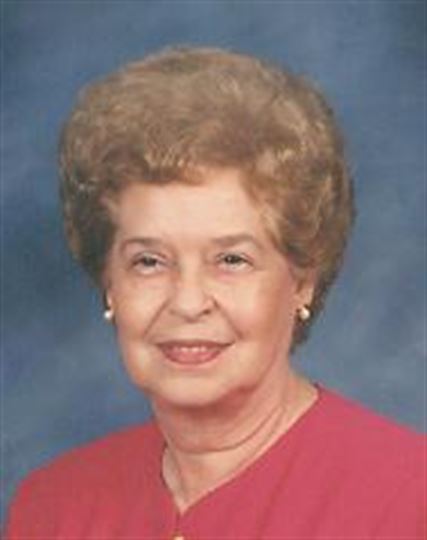 To leave a condolence, you can first sign into Facebook or fill out the below form with your name and email. [fbl_login_button redirect="https://thomasmcafee.com/obituary/matilda-neal/?modal=light-candle" hide_if_logged="" size="medium" type="login_with" show_face="true"]
×