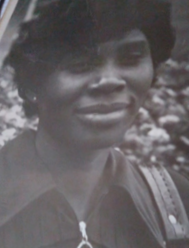 The Funeral Service will be Live Streamed.

On Saturday August 8, 1942 on the British Virgin Island of Tortola, Rita Wilkins was born to the proud parents of Constancia Sylvannita and Ezekiel Uriah Wilkins. She received her early education in Tortola, BVI. Ms. Rita, as she was affectionately known by most, was very adventurous and always on a journey for a better life for herself and family. To know her is to agree that she was a kind, caring, sharing, generous, compassionate, joyful, and full of energy lady. She wasn’t afraid to step out in faith believing that she would accomplish her dreams, aspirations and quality of life. Ms. Rita left the Island of Tortola, BVI to reside in the neighboring island of St. Thomas, United States Virgin Islands. She later moved to Puerto Rico, USVI, then New York, California, back to New York and after retirement South Carolina. Ms. Rita was married to the late Fletcher “Pops” Thompson. They were both employed by the Wyndham Hotel for many years before their retirement. Upon retirement, they decided to enjoy retirement in South Carolina. After the passing of her husband, “Pops,” Ms. Rita decided to remain in South Carolina and refused to relocate to any other location outside of South Carolina. Her reasoning was that she made a promise to her husband that they would live in South Carolina and since she was a woman of her word, she will not break that promise.

On August 22, 2021, Ms. Rita slipped away quietly as she departed this earth to her final journey to be with our Lord and Savior. Her battle with dementia and other complications all came to an end. May she rest in eternal peace.

A funeral service will be held Saturday, September 25, 2021 at 10:00 a.m. at Thomas McAfee Funeral Homes, Downtown.  Burial will follow in Greenlawn Memorial Park.

Friends are encouraged to leave condolence messages for the family by clicking on “Leave a Message, Share a Memory” below.

The Funeral Service will be Live Streamed.