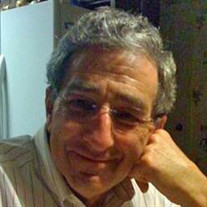 October 2, 1941 - August 17, 2017
Print
Email
Robert Quinn Glass, III, of Greenville, passed away Thursday, August 17, 2017 at his residence. His peaceful passing has saddened countless friends, in addition to members of his large family. He was loved dearly for his giving heart and compassionate care throughout his life.

Bob, or “Bobby” as he was known to many, was 75 years old. He maintained a youthful enthusiasm that touched anyone who met him. It is without question to state that he never met a stranger. He was a true Southern gentleman.

Bob had a most notable gift of communicating. He loved nothing more than to share his life’s experiences in the hope that his stories would make life easier, more meaningful and happier for others. He was an equally good listener, absorbing the stories of others with compassion.

Bob had an unshakeable commitment to the Christian faith and strived to share the joy and peace which that brought by example. The lives of his children and immediate family were of paramount importance to him, and he would not let a friendship – even those from early childhood – slip away.

Bob was born in Greenville, SC, in 1941 as the first child of Robert Quinn Glass, Jr. and Sallie Murdock Glass. He made his first friends at Billy Cleveland and Stone Elementary schools and is loved and now missed by his classmates at Greenville Jr. and Sr. High schools.

He took many jobs as a teenager, including work as a newspaper delivery boy and employee of Vince Perone’s early sandwich-making enterprise. He would remain friends with Perone until that friend’s death a few years ago. He worked in a steel mill and was on labor crews when I-385 was constructed.

Bob graduated from Furman University in 1963 with a Bachelor of Science degree in mathematics, enjoying the fellowship of belonging to Sigma Alpha Epsilon fraternity.

Always a Furman football fan, Bob earned his letter in sports by serving as manager of the collegiate team. Those years only embellished what became his renowned devotion to that team through decades of struggles and triumphs. It was not uncommon for him to travel great distances to cheer for his beloved Paladins. He was making plans to do so again this Fall. He had an encyclopedic recall of Furman football facts.

After graduation from Furman, Bob completed some graduate studies at Wofford College while awaiting entry in Naval Officers Candidacy School in Newport, RI. He graduated as an Ensign. He left the Navy four years later, having risen to the rank of Lieutenant. He was an officer aboard the world’s first guided missile cruiser, the USS Boston, as it plied the Mediterranean area during the Vietnam War.

After the military, he earned his Master’s Degree in Applied Math and Computer Sciences at Washington University in St. Louis, MO. His industrious career in the field of computer science technology earned him the respect and accolades of his fellow workers from the Washington, DC metro area to South Mississippi at Stennis Space Center before his move to Brevard, NC. He was proud to have earned distinction as a senior project manager for Computer Sciences Corporation.

Earlier in life, he owned a computer science consulting firm in Northern Virginia. After retirement from Computer Sciences Corporation, he established R&M Fine Wines and Spirits in the Greenville area.

He remained an unabashed patriot and student of history. He followed the news carefully, and at times struggled to understand events that have left pockmarks on history.

Bob was a member of First Presbyterian Church, Greenville.

The names of his many children are listed herein. Their love for him would fill volumes. He was a beloved “Uncle Bob” to members of his extended family whom he embraced without hesitation or limitations. His 10 grandchildren were not only a delight to him, but also a driving focus as he advanced in age. They called him “Pops”. The devotion and closeness he enjoyed with his two sisters cannot be documented here for want of space.

We all are at a loss, and he will be deeply missed on a daily basis. We are comforted beyond measure knowing that Bobby is at peace and that we will be reunited with him again.

In addition to his parents, Bobby was preceded in death by his wife, Sheila Nelms Glass, and fiancé, Suzanne Brown.

Visitation will be held Saturday, August 26, 2017 from 10:00 a.m. until 10:45 a.m. at First Presbyterian Church, Greenville. The Memorial Service will begin at 11:00 a.m. Burial to follow the service in Springwood Cemetery.

Memorials may be made to Furman University Athletic Fund, 3300 Poinsett Hwy., Greenville, SC 29613 or by visiting [email protected] 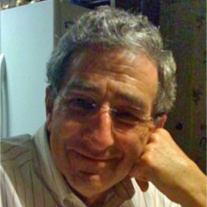