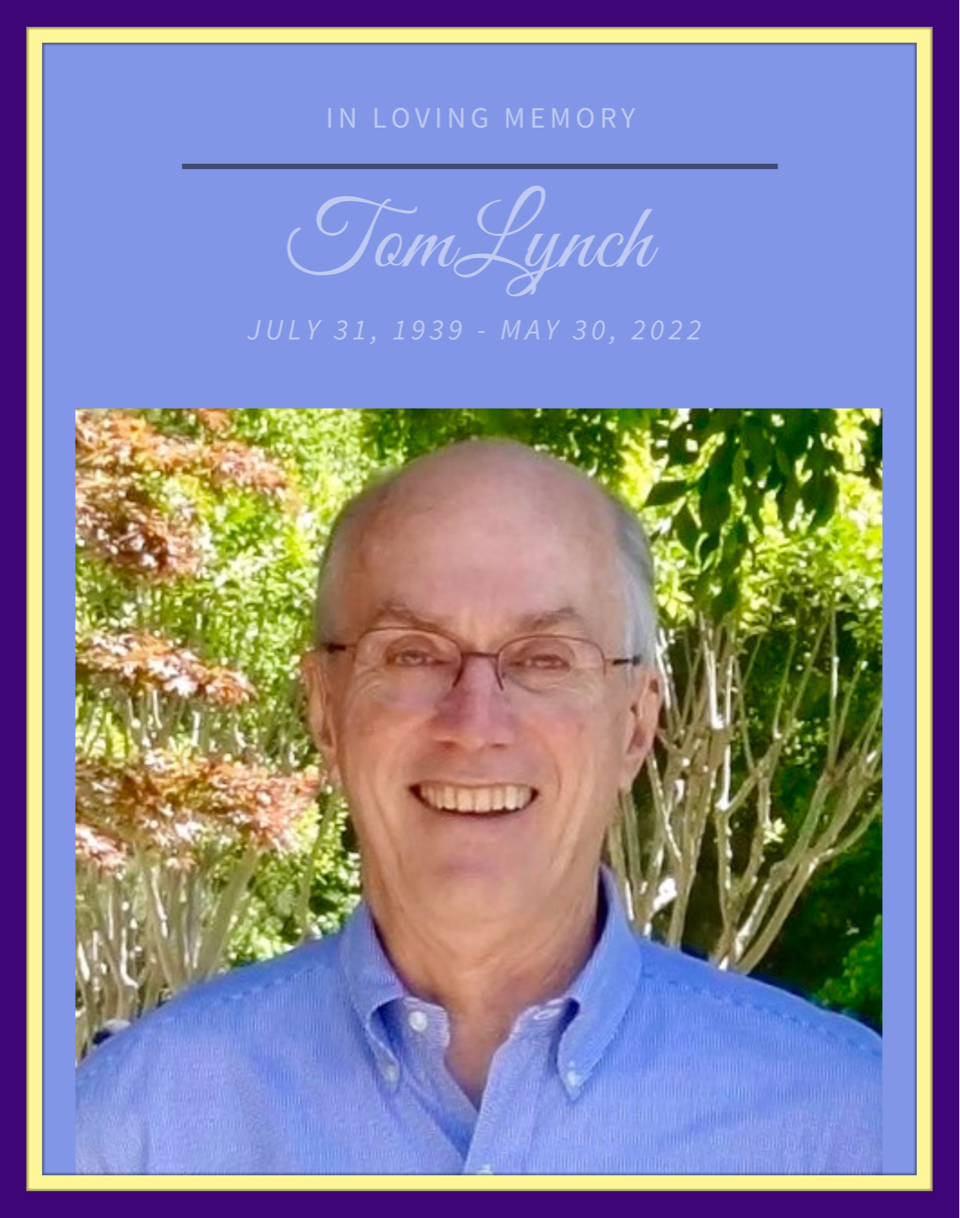 Thomas H. Lynch, 82, retired food industry executive and long-time Roswell, Georgia, resident, died May 30, 2022, after an extended illness. Family surrounded him as he passed quietly from this life at home in Roswell.

Tom was born July 31, 1939, in Orangeburg, South Carolina, to Nathan Lynch, a public-school superintendent, and his wife, Elsie (Hinton). He spent his younger years growing up and attending school in the town of North, South Carolina, and ultimately graduated from Furman University in 1961. While at Furman he was “Number 1” (President) of Kappa Alpha fraternity, making many friends with whom he remained close for the rest of his life.

After college Tom worked for several large multi-unit food companies, including Burger Chef and Great American Cookies, where he served various roles including district operations manager and senior vice president. He was highly regarded for his ability to understand the businesses and execute plans for their improvement.

After retirement Tom served for many years on the Roswell Historic Preservation Board, was an active Rotarian, while also serving as a board member for the Georgia Ensemble Theater. He took an active part in the Furman Alumnae, remaining an ardent fan of Furman football; he especially enjoyed tailgating with his friends during Furman games. He and his family enjoyed traveling all over the world, although Charleston, South Carolina, held a special place for him.

A member of the St. David’s Episcopal Church since 1972, Tom was a devout man of God; he read scriptures daily, even during the last days of his illness. And, most importantly, family meant everything to Tom.

Interment will be at Woodlawn Memorial Park in Greenville, SC. The family requests anyone who would like to make a donation in Tom’s memory consider the Roswell Historical Society, P.O. Box 1636, Roswell, GA 30077.