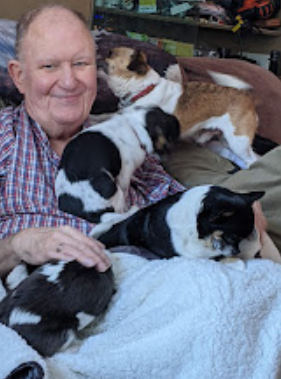 He was born on April 9, 1949 in Marietta, South Carolina to William and Katherine (Garner) Rider.

Billy graduated from Parker High School in Greenville, SC and then entered the United States Army and served in the Vietnam Era and was Honorably Discharged. He was married to the late Frances “Louise” Moody on April 17, 1971 in Greenville. Billy worked at different manufacturing companies and also worked at a printing company. He enjoyed crocheting, beading, gardening, and was a volunteer at LCO Elder Center as a cook.

He is survived by his two sons, Keith (Geneva) Rider and Robert (Melisa) Rider; six grandchildren, Billy, Renee, Jason, Andy, Drake and Phoenix; a brother; a sister; many nephews and nieces.

He was preceded in death by his parents.

The celebration of life for Louise and Billy was held on Friday, January 13, 2023, at the Lac Courte Oreilles Ojibwa University Cultural Center in Hayward, WI 54843. Appleyard’s Home for Funerals in Rice Lake assisted the family in Wisconsin.