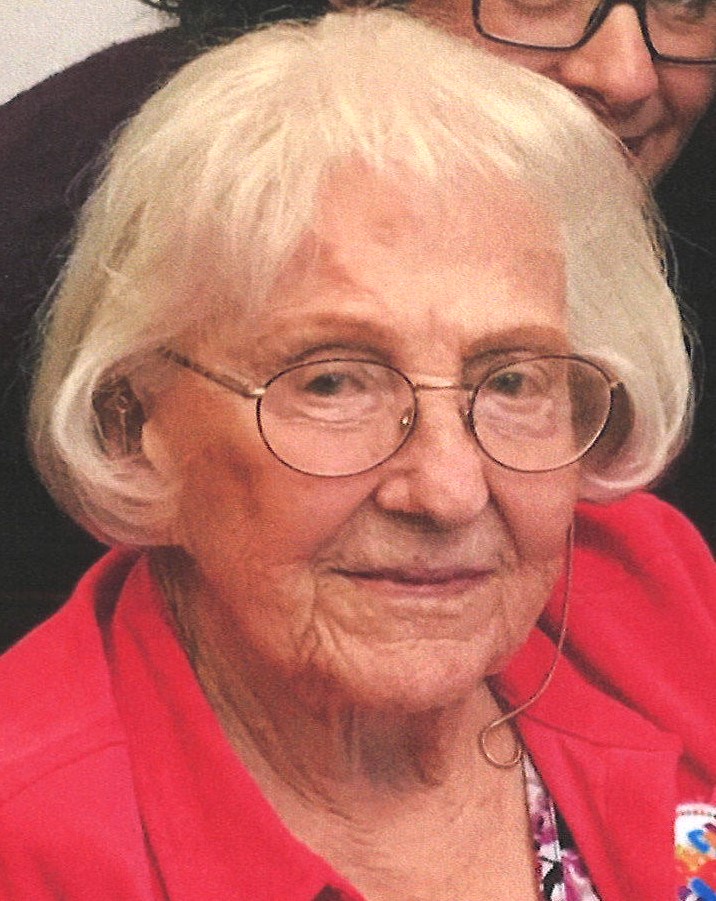 Born in Pickens, she was the daughter of the late John Jackson and Nora Chappell Gravely.

Wilma was the second eldest child of seven in the Gravely family, she graduated at age 16 from Mountain View High School and immediately entered the workforce. Her late husband, James B. Friddle, was a WWII veteran who served in the European Theatre under General Patton.

Wilma worked for Cone Elementary School in the Greenville Co. School District for many years as the secretary until her retirement. She was an avid gardener and loved growing roses. Wilma was a life-long member of Sans Souci Baptist Church where she taught Sunday School and made many lasting friendships.

A Funeral Service will be held Wednesday, July 14, 2021 at 1:30 p.m. at Thomas McAfee Funeral Homes, Downtown Chapel. Burial will be held in Woodlawn Memorial Park.

To leave a condolence, you can first sign into Facebook or fill out the below form with your name and email. [fbl_login_button redirect="https://thomasmcafee.com/obituary/wilma-g-friddle/?modal=light-candle" hide_if_logged="" size="medium" type="login_with" show_face="true"]
×